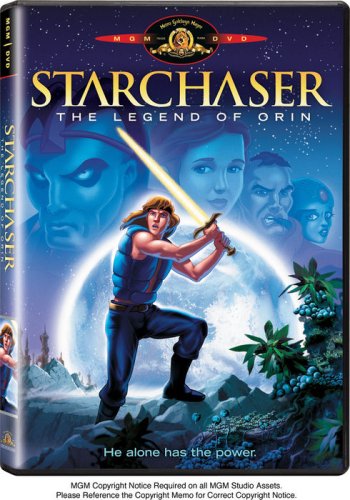 Get ready to blast into hyperspace with Starchaser: The Legend of Orin, an exhilarating, animated sci-fi saga hailed as “an excellent special treat for families” (Screen International) that brings interplanetary excitement and adventure to an all-time high! Deep within a subterranean Mine-World, a tribe of humans forced into a grim life of servitude by the malevolent overlord Zygon knows nothing of the surface world or of hope until a brave young boy named Orin discovers a sword with mysterious powers that only he can unlock! After escaping the Mine-World with his weapon, Orin teams with rogue smuggler Dagg, a beautiful princess and some trusty robots on an intergalactic mission to free his enslaved people and defeat the evil Zygon!