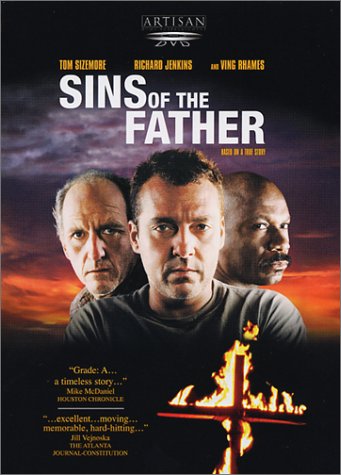 Sins of the Father

Tom Sizemore is best known for playing sleazy jerks (Natural Born Killers, Devil in a Blue Dress), but in Sins of the Father he gives a compelling performance as a man who turns from his hatred-filled upbringing and struggles to find another path in life. Sizemore plays Tom Cherry, the son of one of the men responsible for an Alabama church bombing that killed four young African-American girls in 1963. In 1998, the adult Tom builds a house to forge a peace with his dying father (Richard Jenkins), but his deepening friendship with a black man he’s hired to help him (the ever-dependable Ving Rhames) stirs up memories of the brutality of his childhood and leads him to testify against the old man’s criminal acts. This father-son conflict provides a unique window into the strife of the civil rights movement. –Bret Fetzer