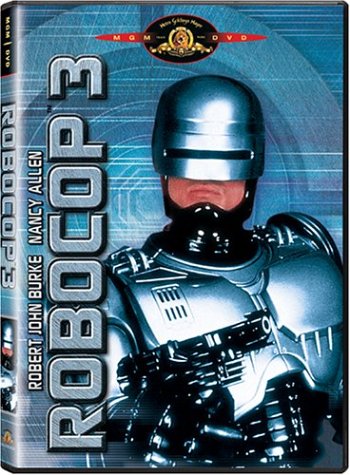 It’s Megacop vs. Megacop when Detroit’s cyborg crime-fighter hits the streets to protect the innocentthis time from coporate greed! Laced with a sardonic sense of humor (Drama-Logue) and packed with action scenes coming at a deliberate clip (Boxoffice), Robocop 3 is thrilling sci-fi adventure that will have you on the edge of your seat! When the ruthless corporation that runs Motor City begins kicking families out of their homes to clear space for a profitable new real estate project, Robocop (Robert John Burke, Copland) joins forces with a renegade band offreedom fighters to save them. But Robocop must face some deadly foes, including a lethally efficient android and a dangerous gang of thugs. Robocop’s latest arsenal of high-tech weaponry only somewhat evens the battlefield as this one lone superhero takes on the entire army of corporate militia inan all-out war to control Detroit!