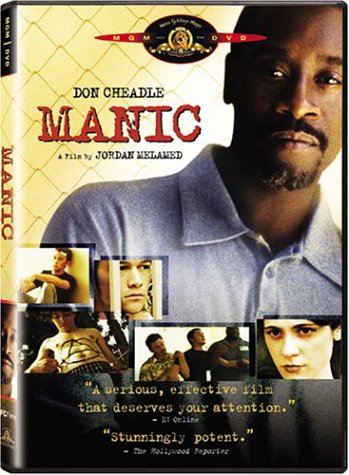 Don Cheadle (Traffic) is ‘simply mesmerizing (Entertainment Today) in this piercing intimate and edgy (‘sixty Second Preview ) drama about troubled teens hovering on the edge of sanity. Featuring an exceptional young cast, including Joseph Gordon-Levitt ( 3rd Rock From the Sun ) and Zooey Deschanel (All the Real Girls), Manic is a remarkable gem of a film (London Film Festival). At first glance, 17-year-old Lyle Jensen (Gordon-Levitt) seems eerily quiet and withdrawn. But he has a problem with anger, and this time his explosive rage has landed him in the juvenile ward of a mental institution under the watchful eye of therapist David Monroe (Cheadle). Can Dr. Monroe get Lyle and the other kids to open up, confront their demons and reclaim their lives?