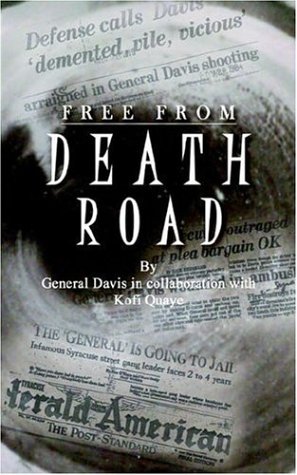 General Davis was once described by the media as one of the most infamous criminals to emerge in Central New York. In the late seventies and early eighties, he was one of the key figures in the creation and running of the Corleones a gang of inner city youth whose members were responsible for committing various crimes in and around the city of Syracuse. As the leader of the gang, and for almost two decades, he led a life of crime. General Davis was arrested several times and charged with a number of crimes, many of them serious enough to warrant long jail sentences, had he been convicted. Yet in spite of many highly publicized trials, he succeeded in beating most of the charges, and didn’t serve any long jail sentences. He was unstoppable, it seemed, until several members of the gang were implicated in a daring armed robbery that General Davis found himself facing a jail sentence. Even then, he managed to secure for himself a short jail sentence. In prison, he found religion and decided to dedicate himself to helping to teach, counsel and guide the youth to stay away from crime, violence, drugs and the streets, and to stick to getting an education. It is a poignant life story that delves into the gangster lifestyle and reveals the inner most feelings of a young African American who figured out a way to survive shoot outs with rival gang members, ambushes, constant harassment from law enforcement agencies, and finally dealing with the frustration of life as an ex-convict and ex- gang leader.