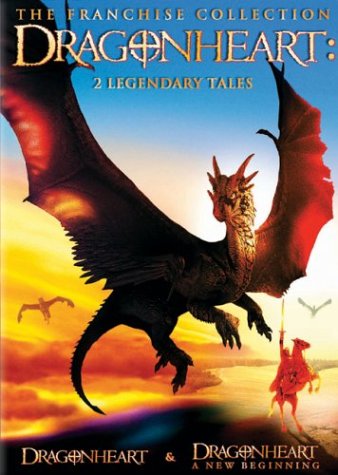 First, in the spectacular fantasy “Dragonheart” (1996), Dennis Quaid is a swordsman-for-hire who teams with Draco, Earth’s only remaining dragon (voiced by Sean Connery), in an arrangement by which the creature terrorizes villages and Quaid gets paid to “slay” it. When evil king David Thewlis kidnaps a rebel woman, the two join a legion of peasants to stop him and his troops. With Julie Christie, Pete Postlethwaite. Then, “Dragonheart: A New Beginning” (2000) finds a young man named Geoff befriending Drake, a winged, flame-breathing dragon. As Geoff helps Drake discover his powers, the boy’s bravery and the dragon’s strength are put to the test. Chris Masterson and, Robby Benson, as the voice of Drake, star. 188 min. total. Standard/Widescreen; Soundtrack: English. **Includes “Dragonheart” and “Dragonheart: A New Beginning.”**

Do you mind if I quote a few of your articles as long as I provide credit and sources back to your website? My blog site is in the very same area of interest as yours and my users would really benefit from some of the information you provide here. Please let me know if this ok with you. Cheers!

I know my viewers would enjoy your work. If you

Hey there! I’m at work surfing around your blog from my new iphone! Just wanted to say I love reading your blog and look forward to all your posts! Keep up the fantastic work!