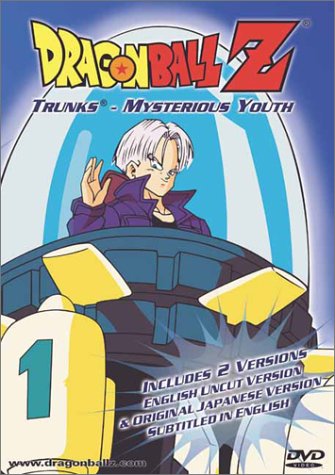 Episode 103 – Frieza’s Counterattack
Gohan’s cracking the books, and his new tutor is cracking the whip! But study time is almost over, for a powerful evil is racing toward the Earth! Gohan’s worst fears have come to life — Frieza has survived!

Episode 104 – The Mysterious Youth
The Earth faces its darkest hour as Frieza and his father King Cold rapidly approach! And without Goku to assist them, the Z Fighters prepare to launch a desperate battle against the most powerful evil the universe has ever known!

Episode 105 – Another Super Saiyan?
Frieza and King Cold have descended upon the Earth, but a mysterious lone warrior has come to thwart their diabolical plans of revenge. Does this brash young hero have what it takes to stand up to these twin titans of evil?

When the seven magic dragonballs are brought together, a fire dragon appears and will grant one wish before scattering the balls again. Saiyans are a race of space pirates who can turn into powerful fighting creatures. When the Saiyan Goku was a child on Earth, he was dropped on his head, which caused him to forget his pirating nature and grow up nice. Years of adventure, martial arts training, and even marriage followed. This information and more can be found in the DVD’s 20-minute introduction to the world of Dragonball Z, which makes this collection of three adventures good for novices and established fans alike. This collection of three episodes centers around the evil Frieza and his plans to punish Goku, after being beaten in battle, by torturing and killing those he holds most dear. Back at home, Goku’s family and friends have no idea what’s coming. Goku’s son Gohan is struggling with a new disciplinarian of a tutor, while the other Z Fighters deal with the return of Vegeta. With Goku nowhere to be found, everybody senses Frieza’s arrival and realize to save the Earth they need to try and do battle with Frieza, even though they know it’s a battle they could never win. Then a mysterious presence arrives who may be even more powerful than Frieza and his father King Cold combined. What’s so enjoyable about these Dragonball Z episodes is the fact that they play like a high school soap opera, but punctuated with battle scenes. –Andy Spletzer