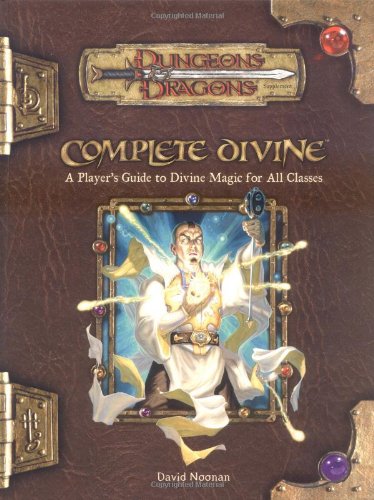 • 8 years ago
The most detailed resource ever released on accessing divine power and divine favor in the D&D world.

Complete Divine provides Dungeons & Dragons® players with an in-depth look at how to gain the favor of the gods and use that power to a character’s advantage. There is a rundown of new gods in the D&D pantheon, in addition to new feats, spells, prestige classes, and magic items. In addition, this title adds new and revised base classes to a player’s character choices, and clerics in particular are provided with many new and updated spell domains and spells.
This title also contains a wealth of material for non-cleric characters, so the tips and data provided will assist all class types, including those classes not typically associated with garnering divine power.